Vietnam is a huge country with a different climate, with a large cultural diversity, and an infinite number of attractions that are rich in the events of the history of Vietnam. The country has everything: national parks, mountains, beaches and sand dunes. Vietnam has more than 1,000 kilometers of coastline and beautiful sandy beaches. Especially in the south, water is warm enough to swim all year round. 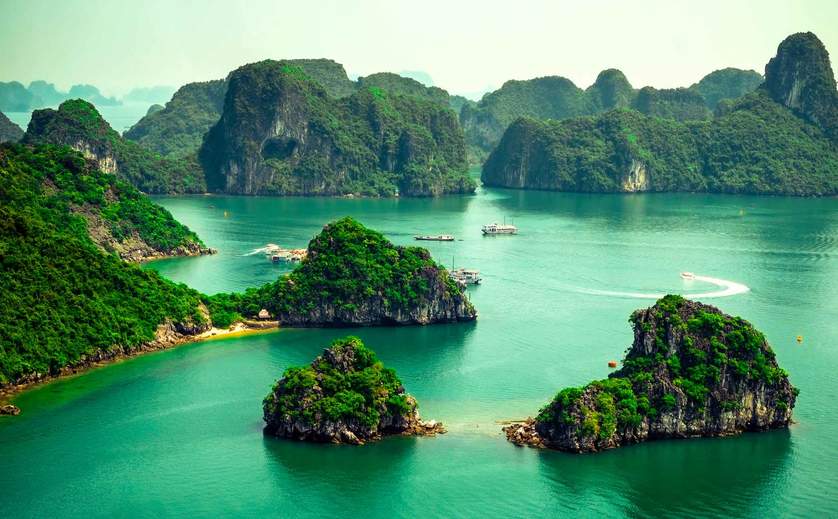 To plunge into the bustle of the city, it is worth visiting Hanoi and Ho Chi Minh City.

Hanoi is the capital on the banks of the Red River, one of the oldest and charming cities of Asia. In addition to the traditional Vietnamese architecture, there are also magnificent colonial mansions, wide-seated boulevards and numerous cafes. Here you can visit the Mausoleum Ho Chi Minh, the Temple of Literature, Lake Hoan Kiw and a lively old town.

One of the biggest attractions in Hanoi is definitely the Mausoleum of Ho Chi Mina – the influential communist leader of Vietnamese. On the territory you can also see the former home and the Ho Chi Mine Museum. 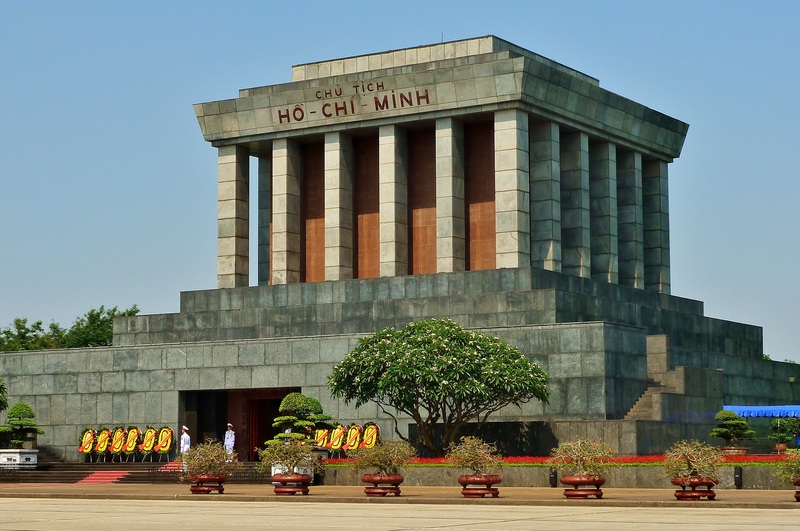 The church of the literature was once the first academy or university in Vietnam. It has nothing to do with religion, it is a pure academic place. Lessons here no longer pass, but there is something to see: five courses, beautiful halls for ceremonies and many statues. The National University is also part of the complex.

Ancient Imperial Citadel Thang Long was used for political purposes in the past. Currently, the buildings are mainly archaeological finds. The central part of the citadel is included in the UNESCO World Heritage List.

Cathedral of St. Joseph stands on the site of the destroyed Pagoda Bao Theyene. It is built in the Gothic style, and currently serves mostly Christians living in Vietnam.

Between the old town and the French quarter of Hano, in the middle of the turmoil fuss of the Hanoi megapolis, the beautiful Lake Hoan Kihe is located.

Ho Chi Mines was once the capital of South Vietnam. Saigon or Ho Chi Minh City – a colorful and noisy megalopolis of the south, striking with its contrasts: smoky temples and sparkling skyscrapers. Many colonial buildings have been preserved here.

The “Palace of Reunification” is the former residence of the Government of the South Vietnam, a well-preserved monument of history and a popular landmark.

The city is interesting not only by its history. Ho Chi Minh City has its own version of the Cathedral of Notre Dame. The church is a remnant of French colonialism and together with the Cathedral of St. Joseph is one of the few Catholic temples in Buddhist Vietnam. The famous statue of the Virgin Mary is located opposite the cathedral.

Important places and attractions in Vietnam.

Hue-small town in central Vietnam, which is a unique attraction. The old imperial city with his citadel and the imperial tombs in the area is distinguished by a long and relatively bloody history.

Hoian is one of the most popular cities in Vietnam among tourists, because of a particularly beautiful and historical old city. Countless channels pass through narrow streets, balconies overgrow with flowers, and old bridges connect the streets.

In the old town of Hoiang, the magnificent colonial buildings decorated with colorful lamps that illuminate the city in the evening. Also here are beautiful markets and small shops that are invited to make purchases for souvenirs.

Fong Dongnyakobang National Park is located in the center of Vietnam, between Hanoi and Hoyan. It has a beautiful landscape formed by mountains, thick tropical forests and small rivers. There are also several caves, including the largest famous cave in the world.

In tropical forests, there are some types of monkeys (macaics, ?? langura, gibbones), black bears, pangolines and various species of birds. 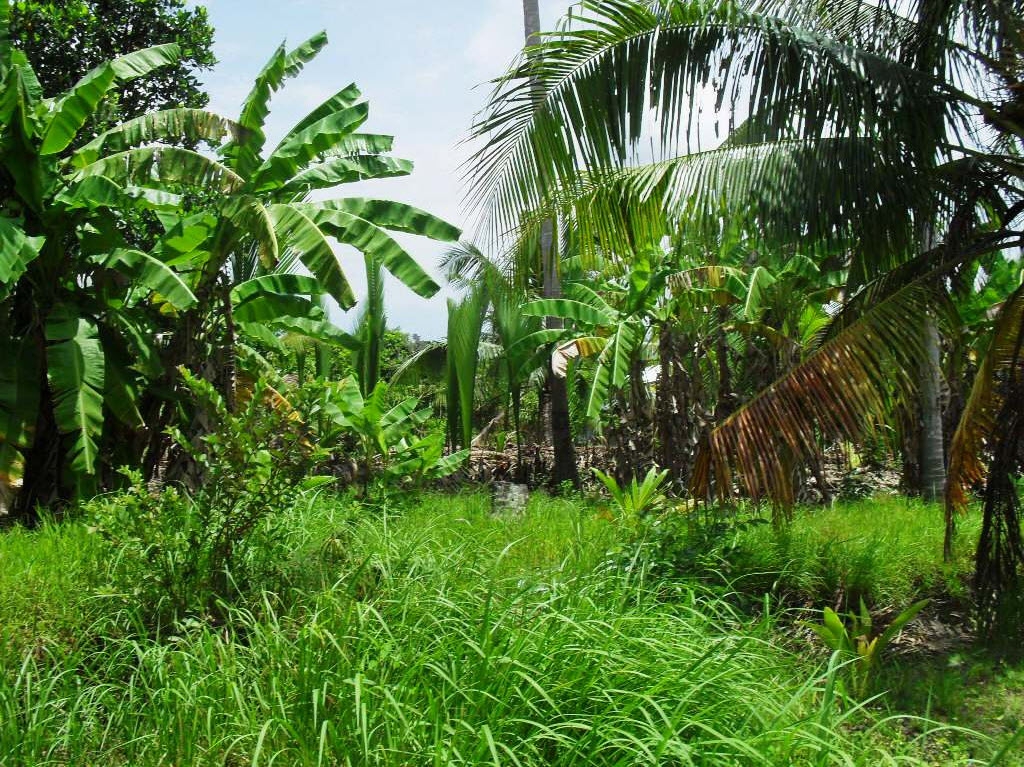 In the tropical forests of Vietnam

Northern Vietnam is distinguished by beautiful landscapes and is ideal for nature lovers, hiking and researchers.

Halong Bay in North Vietnam is known worldwide. It is located in the extreme northeast, on the coast of the South China Sea. Bay is one of the most beautiful water landscapes. Almost 2000 small and large islands are fancy formations from the sea. Walking on the boat Johnka in the island world is an unforgettable impression.

Karba Island is the biggest island of Halong Bay. The Cat Ba National Park occupies a third of the entire island and is home to rare animal and plants, such as Golden Mac and Yellow Orchid. It offers many fresh air entertainment, such as climbing, hiking and kayaking. There are also beautiful beaches here.

Additional information!It is worth seeing rice fields in Vietnam. Rice terraces are known to the district of Kang Whose, which is located in the northwestern part of the country, about 280 kilometers from Hanoi.

Sap – a small alpine town is located in the mountains of Hoang Lien north-west of Hanoi, about 350 km from the capital. The area is famous for its beautiful rice terraces, bordering mountain landscape. The huge terraces in the summer are green, in the fall before harvesting – light yellow. In winter, they are filled with water, and in the spring they plant a new crop on them.

On the border with China, the Quayishon River flows, which falls in three cascades and forms beautiful waterfalls. Datian Waterfall (Detian Waterfall) is considered one of the most beautiful and largest waterfall of Southeast Asia.

In the extreme north of Vietnam, Hay Zyang Province is located: untouched beauty of the country, magnificent mountain landscapes. There are almost no tourists here.

South Vietnam is interested in beautiful Mekong Delta with its numerous tributaries and channels that form a unique landscape – one of the most beautiful places in Vietnam in this part of the river is divided into nine branches. Life here rural and passes partially on land, partly on the water.

In the Nha Trang area there are the most beautiful Vietnamese beaches, which will especially like to leisure lovers on the sea: White sandy shores, bays with turquoise water and magnificent sunsets.

Next to Nha Trang is the bay of Ning Van, who is famous for the beautiful coastline and even more beautiful sea. Ba-Ho waterfalls are located 20 kilometers from Nyachnga – one of the main attractions in the area.

Fukuok island in the southwest of Vietnam with his beautiful beaches.

Muin -Thichi Primorsky Resort in South Vietnam, where there are some interesting attractions and, above all, it is a red-white sand dunes up to 30 meters high, which lie right in front of the coast and pull the sushi deep into.

The Vietnam’s territory has an elongated form stretching from north to south by about 1600 kilometers, so the climate is different here. The North lies in the subtropical zone where four seasons differ, and the south extends to the tropical zone, where the rainy season alternates with the drought season. Climatic conditions of Vietnam: Frosty winters in the northernmost mountains to the equatorial climate in the Mekong Delta in the south. While in the Hano temperature in the winter, it drops to 5 ° C, in Saigon it exceeds 25 ° C all year round. Dry climate in the south of Vietnam created a desert landscape,