Tuscany is located in the center of Italy. The territory of the region is hilly, the plains occupy less than 10% of the area, which are located in the Valley of the Arno River. The climate of Tuscany is very warm in summer, and millions of visitors attracts a soft winter every year.

Content hide
1 Features of the Tuscany region
2 Florence – the capital of Tuscany
3 Most Popular Cities
4 Natural Attractions
5 Rest by the sea Tuscany
6 How to get to Tuscany?

Features of the Tuscany region

One of the most beautiful regions of Tuscany – Italy borders with five others: Emilia-Romagna and Liguria in the North, Mark and Umbria in the East and Lazio in the south. The west coast is washed by Ligurian and Tyrrhenian seas. The Ligurian Sea forms the border in the West. The coast has a remote Island of Elba, the largest of the Tuscan archipelago. In the northeast – the Apennine ridge.

Florence – the capital of Tuscany

The main city of the region – Florence (Firenze) was founded in 59 to our era. Italy’s shopping and financial center in the Middle Ages is a real city-museum in which the priceless works of art are stored. Medici family, famous artists, where paintings and sculptures of artists da Vinci, Michelangelo, Botticelli and Donatello are stored. 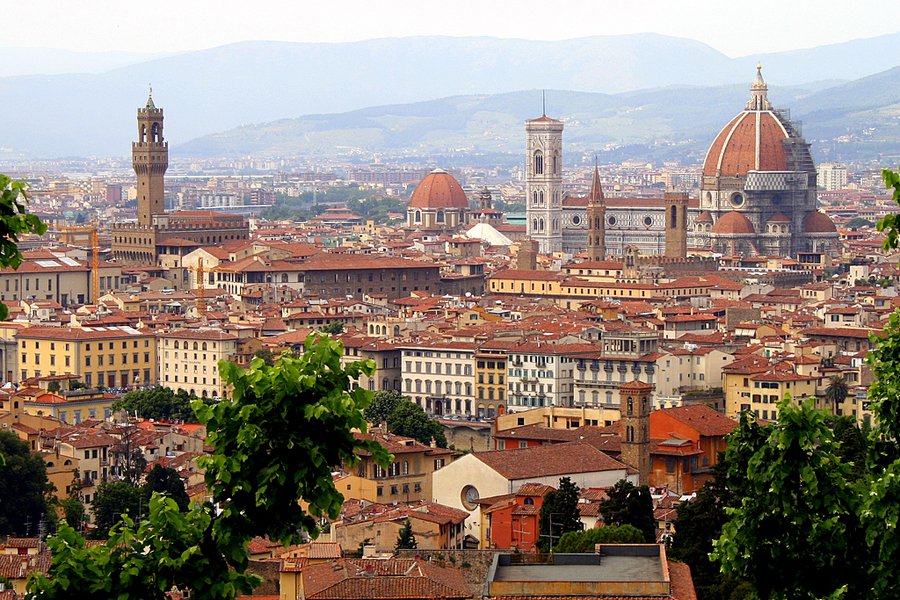 The most famous palaces of the city: Palazzo Vecchio and Palazzo Pitti (Palazzo Pitti). The first was built at the turn of the XIII-XIV centuries as a residence of the ruler of Florence. The second, the largest in the city is the former residence, first the dukes of Tuscany, and then the Italian kings.

The construction of the palace of the era of the intensity began in the middle of the 15th century. Today, various museums are located inside Pattie Pitty. Next to Pitti’s Palace are located Boboli Gardens (Giardino Di Boboli) – one of the best samples of garden-park art times of Renaissance. With well-kept green plantings and landscaped tracks Garden Boboli – a place to relax.

Florence is rich in excellent basilica. Especially beautiful is the Basilica of Santa Croce, the construction of which refers to the 13th century.

Santa Maria del Fiore Cathedral is the most beautiful and popular attraction of Florence, the third largest church in the world. It is located on the popular Piazza del Domo, in the very center of the capital. A dome with a diameter of 42 x 45 meters, also the largest in the world towers at 100 m.

Florence is a famous Uffizi Gallery (Galleria Degli Uffizi), one of the most popular artistic museums of Italy. It is exhibited by masterpieces of world art,

Bridge with a length of more than 200 km. Through the Arno Ponte Vecchio River – a symbol of Florence, one of the oldest arched bridges in the world.

The Square Michelangelo, located on the hill, is a huge terrace overlooking the city with which the magnificent panorama of the city offers. A large statue of Michelangelo, towering over the roofs of the city. From afar attracts the attention of greens, flowers and trees.

Orto Botaniko Di Firenz – Botanical Garden, created by Medici as a garden of medicinal plants (Semplici) in 1545, is one of the oldest gardens in the world. It is located on the square of more than two hectares, with plants from different regions of Italy, with juicy greens, roses, palm trees and fountains.

In the historic cities of Tuscany, the Italian art of the Renaissance Age is presented.

The most visited church in Pisa is Santa Maria-Assunta, also called the Pisa Cathedral, which owns a separate oblique tower. The Pisa Tower, the symbol of the city -odin from the most famous monuments in the world. His fame is mainly related to the unusual tilt of the tower due to the sedimentation of the Earth, as well as because of its magnificent architecture.

Beautiful city is located in the center of Tuscany. This is not only one of the most beautiful cities in all of Italy, but it stands out by its medieval center, which for centuries has retained its qualities in its original form. Thanks to well-preserved gothic buildings, he was listed as a UNESCO World Cultural Heritage List. Particularly interesting is the Piazza-del Campo area, having the shape of a sea shell. Another popular attraction is a Siena Cathedral, built of white and black marble, it attracts special attention.

Monte Prado Monte Prado is the highest peak in Tuscany. Its height is 2054 meters. In addition to the magnificent greenery of the surrounding meadows, you can find snow here.

Parco Reserve Della Maremma is a small Safari Italy. Of particular interest are prehistoric caves in the reserve, testifying to the early settlement of the region.

Please note!about 60 kilometers from Parco della Maremma is a sulfur resort of Saturnia. Although the volcano has long walked, the energy inside the mountain is still enough to heat the water to 37 degrees.

Rainwater is going to the Monte amate volcano at a depth of almost 200 meters. In this case, sulfur stood out of the soil. Each second, 800 liters of sulfuric water comes to the surface. Lime deposits at different heights were formed different pools, and sulfur thermal baths shed through the steps as a waterfall.

The famous mountains of Chianti – the territory where the wines of Tuscany are grown. They make up almost a third of the entire territory of the region. In this area, many wine-making cities, most of which specialize in grape growing and its processing.

The north is marked by the Alps – the highest mountains of Europe, with glaciers and eternal snow. For more active travelers, hiking are offered to Dolomites and skiing in winter.

Rest by the sea Tuscany

On the Tuscan coast there are many sea resorts where you can stay and visit the beaches with a calm water of the Tyrrhenian Sea. Lovers resting by the sea can choose between the Adriatic, Mediterranean or Ligurian seas.

In Tuscany many beautiful beaches. For those who come to relax on the beaches, they will find them on the so-called Etruscan Riviera – the coastal strip with the kilometers of sandy and pebble beaches in the province of Livorno, in the west Tuscany. One of them is the beach of Pietrabianca, with white sand, which stains the water in a zaZUR-blue color.

the most beautiful beaches of Tuscany

Most areas offered for beach holidays in Tuscany have beaches and bays with crystal clear water surrounded by nature.

Additional information!The popular sea resort is located in Castilloncello, which is distinguished by the rocky coast and numerous bays. Just a few kilometers from the shore famous pine forests that make up landscapes Tuscany.

How to get to Tuscany?

The region has two airports located in Florence and Pisa, which connect the region with the whole world. There are also small airports in Grosseto, Siena, Versilia and Alba Island.

Three highways connect Tuscany with the rest of Italy and Europe.

There are four main ports located in Livorno, Pyombino, Porto Santo Stefano and Portofoferia. Livorno is the place of cruises and is associated with basic Italian and international ports.