Las Vegas is the largest city in Nevada United States of America. It is known as a very popular tourist destination, and lives mainly due to tourism. Most tourists go to Las Vegas, a city in the Mojave desert to try happiness in one of the numerous casinos or get married in one of the small chapels. 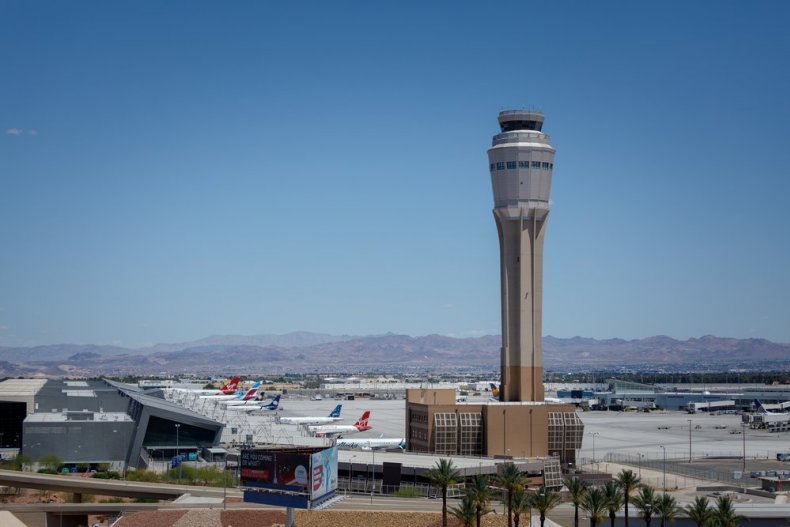 The construction of the city began in 1905, and the city administrative title was received in 1911. Thanks to the sustainable growth rates, Las Vegas became the largest city in the USA, based in the twentieth century.

In 1919, gambling were banned, which had fallen on the city’s economy.May 19, 1931 on Nevada territory was allowed gambling.

Hoover dam provided cheap electricity, and very liberal gaming legislation Nevada served as a good basis. Since then, new and new gambling houses have begun to open in Las Vegas. With tightening control over gambling in other states, gambling business in Vegas began to gain momentum.

Despite the initial difficulties, the city began to expand quickly in the 1950s. Since the beginning of the 1960s, the city in the desert is increasingly becoming the arena of the leading entertainment events. Las Vegas turned into one of the most prestigious entertainment cities in the world. But on this development did not stop. Huge buildings have completely changed the appearance of the city.

Las Vegas: What to see

Las Vegas is known worldwide as a city of recreation with hotels and spa, shops and famous gambling casinos. Gambling, show and entertainment all night long.

There are many unique attractions, cultural facilities, numerous purchase opportunities and meeting place for many important conferences and trade fairs.

On the famous Las Vegas Strep Street are located Hotel Mirage with volcano and Bellagio with water bodies in front of it.

In front of the Mirage Hotel, there is an artificial volcano between palm trees and waterfalls, which is regularly erupting and fascinates visitors to their roar and erupting fire. The volcano eruption occurs at dusk, usually from 20:00, every hour about 23:00.

Famous fountains Bellagio are a game of water, music and light. More than 1000 fountains arrange an unforgettable water show, which is held every day.

Water show is best looking in the dark, then the light effects are even more efficient. Plays both classical music and modern hits.

The best view of Las Vegas opens from the stratosphere tower observation platform, from a height of about 350 meters. The tower of the stratosphere is worth visiting at sunset when Las Vegas turns into a sea of ??lights. On the observation site there is a restaurant Top of the World Restaurant, which completely turns over once every hour and, therefore, offers a panoramic view of the city. In the tower itself is a hotel and a casino, attractions for adventure lovers. 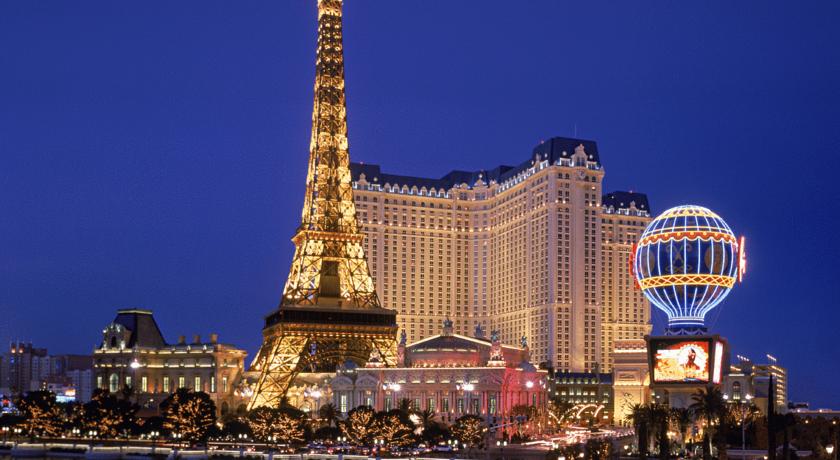 Although it does not reach the size of the Paris Original, is one of the largest buildings in the city.

Venetian Hotel is also the largest hotel on the boulevard carrying in Venice. On the channel you can ride a gondola as in Venice. Artists all day offer street performances.

After Las Vegas Strip, a well-known street in Las Vegas-Fremont Street. There are also many famous casinos and hotels. In addition, Fremont Street Experience was built in the 1990s. Its cylindrical roof covered five quarters of Fremont Street, which made it indoor shopping street.

4-star hotel and New York Casino creates a panorama of a large apple.

There are American slides of The Roller Coaster around the hotel, with vagons in the style of yellow taxis of the city.

Аs soon as in the desert it darkens, imaginary worlds with patterns from ancient Egypt, ancient Rome, from a fairy tale ” Thousand and one night “to the Caribbean Pirates, New York and Paris compete for attention.

get married in Las Vegas -Macht many couples. Many different wedding chapels offer different opportunities how to celebrate the wedding in Las Vegas. 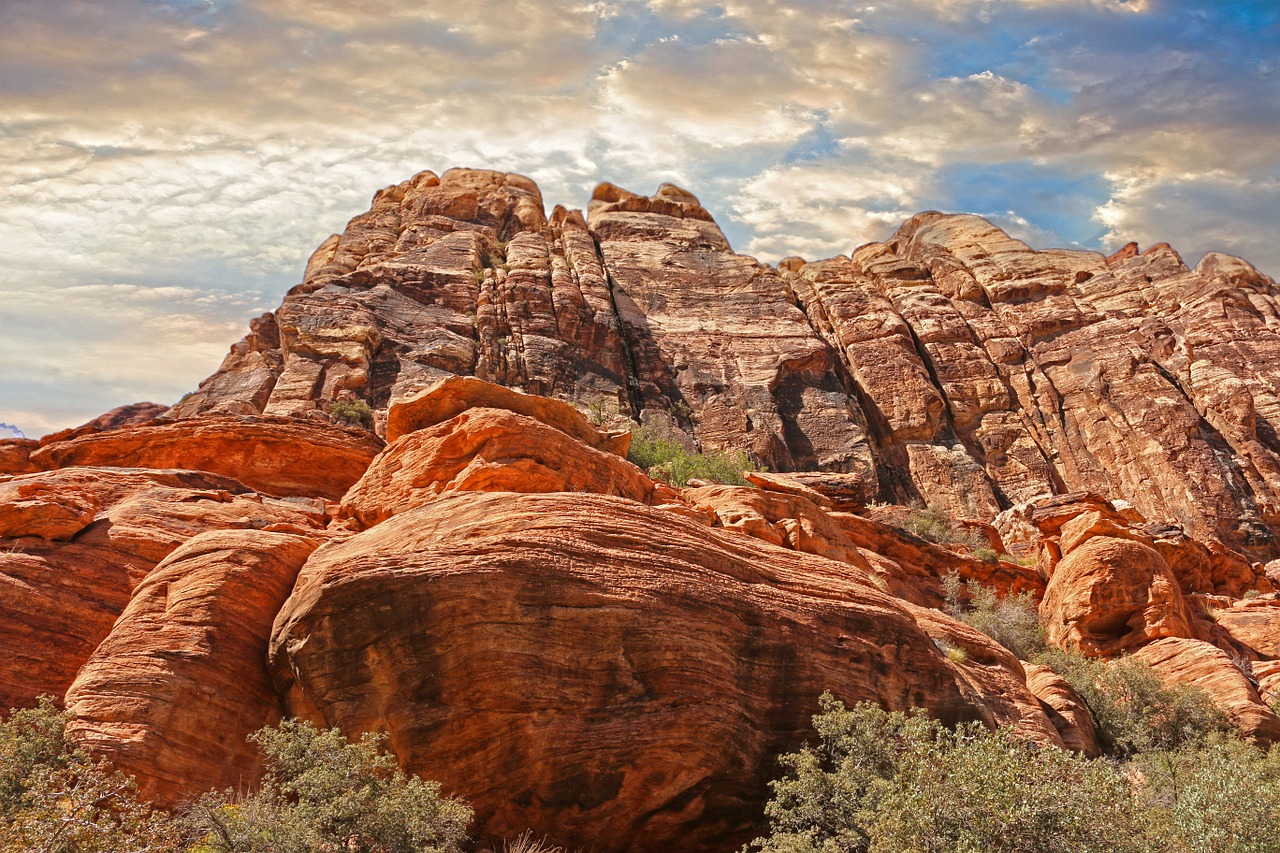 in the middle of the desert Nevada Canyon Red Rock

Panoramic road with a length of 21 km, leading through the canyon, requires paid services. The bizarre rock formations of this small reserve have one color – bright red.

Lake MID is one of the largest artificial lakes and is southeast of Las Vegas. Dam Hoover is an impressive man’s creation. By holding back the Colorado River and forming a lake of the Foreign Ministry, the dam produces electricity.

Climate of the city subtropical, deserted. Located in the center of Mojave desert, the climate in Las Vegas is hot and dry in summer, mild in winter. Abundance of sunlight all year round. The coldest month is December.

Las Vegas Las Vegas is the world capital of entertainment, here you can find a show for every taste. Tourism is definitely the most important economic factor in the deserted metropolis.