The Great Wall of China (the largest architectural monument) is a wonder of the world, the main symbol of China. Many Chinese see the Great Wall of China as a symbol of the power of their civilization. A huge defensive wall stretches across northern China. On its winding path over the rolling countryside and steep mountains, the view is beautiful, from the coast at Qinhuangdao to the rolling mountains around Beijing, over the desert regions between the large mountains that lie around the Jiayu Pass.

The Chinese Wall attracts tourists every year and is also one of the impressive structures of the seven wonders of the world!

The wall was built during the Ming Dynasty from the 14th to the 17th century. Ancient China was regularly raided by nomadic horsemen from the vast northern steppes, and this wall served to repel the attackers.

Since the Mongols and other tribes of horsemen were very dexterous warriors, the walls grew and strengthened more and more to make them as difficult as possible for horsemen. The towers served as bases, ammunition depots, and command quarters. From them, messages were sent over long distances using fire and smoke signals. Even today you can see the ruins of signal towers. There are only twenty-five thousand watchtowers. 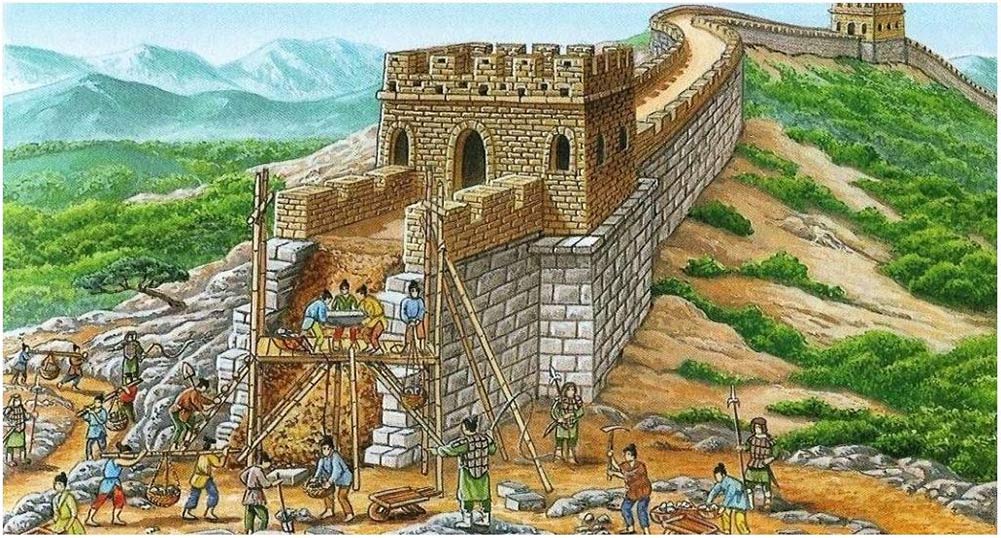 Construction of the Great Wall of China

Built the walls against each other. In addition to the main route, the wall has several branches, so the Great Wall of Wall is branched ?? and not always connected.

The wall was used for defensive purposes, but its goal was also the fencing of the territory of China and the clear political and ideological definition of themselves as China – the kingdoms, while all nations around China were considered barbarians. Rather, it was the border, the main purpose of which based on the ideas of the civilized empire was not to let others. The Great Wall of the Wall served not only by the stronghold against the “barbar” from the north, but also by the transport route. Riding or walking along the wall. This made it possible to move much faster than the surrounding area.

Today, the Great Wall of China is a symbol of China, but it was not always the case. Since 1644, the wall has lost its importance at the new Qing dynasty and was forgotten. She fell into decline with the government’s permission to use as a career the construction of new houses from old stones. Interesting information!The fact is that while the Chinese Empire was weak, local farmers dismantled certain parts of the wall and built their own stone dwellings.

Only after the forced discovery of the country for foreign traders and visitors after defeats in the first and second opium wars, the Great Wall quickly became the main attraction for tourists. Traveling the late 19th century strengthened the reputation of the Great Wall in Europe and even in China, creating a new understanding of this gigantic structure.

The Great Wall is not and never been a continuous structure! Throughout history, the Chinese rulers tried several times to connect areas of different walls into a single whole, but it was never completely successful.

Along the way came across many obstacles such as mountains or rivers. The length of the wall is difficult to measure, because its some parts are too destroyed, and it is difficult to even determine that there was once a construction. What is considered the long great Chinese wall is different parts of the walls that are often interrelated. Many come from different periods, and never in the history of China did not exist all sections at the same time. In some parts of China, the Great Wall was just a conventional wall, it should not be long or high at all. Such a variety of parameters explain the appointment of the inside of the wall (inside there are connecting corridors and storage rooms).

The wall is not as high as you would expect. Its maximum height is about fourteen meters, (on average about eight), but the length of the path to its vertex is five to eight meters.

What made the Great Wall of China?

interesting!Sticky rice was used instead of cement, which was generally not used here. Stones were connected during the construction of sticky rice, which makes the wall with a resistant to this day.

As it was a long, and at the same time, very ungrateful work, it was mostly criminals convicted for serious crimes. During construction there were many dangers, and many workers died.

The most interesting sections of the Great Wall

For many years of the group of restorers, they tried to gradually repair large parts of the wall, but, despite all their efforts, only some selected sites remain available to tourists. Whole 3,000 kilometers of the walls have already collapsed, weathered or the building material was dismantled.

There are many parts walls that can be seen. Most tourists visit these sites located near Beijing, where the last major reconstruction occurred.

Additional information!Because of its initial destination as a military defensive object, almost all sections of the Great Wall of China were built on mountain ranges and, therefore, are associated with difficult lifts and uneven steps. 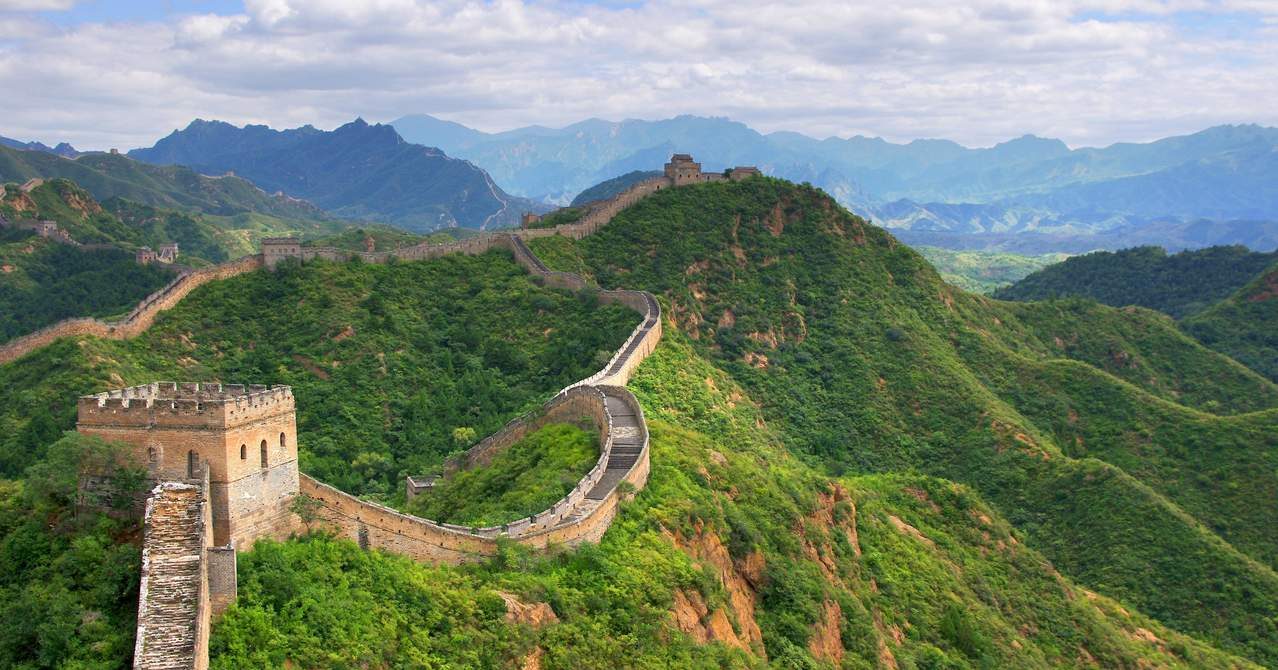 The most famous and most developed tourist areas are Badalin and Mutian. The most popular area of ??Badalin, where the wall is best preserved. This is just 70 kilometers from Beijing and a little less than a year and a half ride. But, because the journey is very simple, there are crowds of people and queues.

Badaling is best associated with a public transport network, so you can get from Beijing just over an hour by bus or train. Of course, faster and more convenient with a taxi or driver, which can usually take to two sections of the wall in an hour, wait for you there and take back to Beijing. On the spot can be solved, climb on the funicular to the wall or walk.

The Mutian region is one of the most popular hiking, 20 kilometers long. This part of the wall is located 90 kilometers from Beijing and is one of the quietest places with fewer tourists. Mutiana offers a very well preserved section of the wall. This segment is older than the famous part in Badalina, and has 22 guard towers. There are two lifts.

To visit the Great Wall of China in peace and loneliness, choose a section of the wall that is next. In general, the longer the journey from Beijing, the less people on the wall. A good choice is Jinshanling, where to get about two and a half hours. Going to the extreme West of the country, you can see another wall. This wall is located in Jiayuguan.

However, it is difficult to get to some of them, and a visit requires some adventures. Other areas are currently developing for tourism.

Four kilometers south of Shanghaigiguan in Hebei Province is a special part of the Great Wall “The Head of the Old Dragon”, which extends 23 meters to the sea and looks like a drinking dragon. End of the Chinese Wall by the Sea Dragon Head

The Great Wall of the Wall is included in the UNESCO World Heritage List since 1987, is one of the seven wonders of the world. This is undoubtedly one of the most beautiful and impressive structures on our planet.